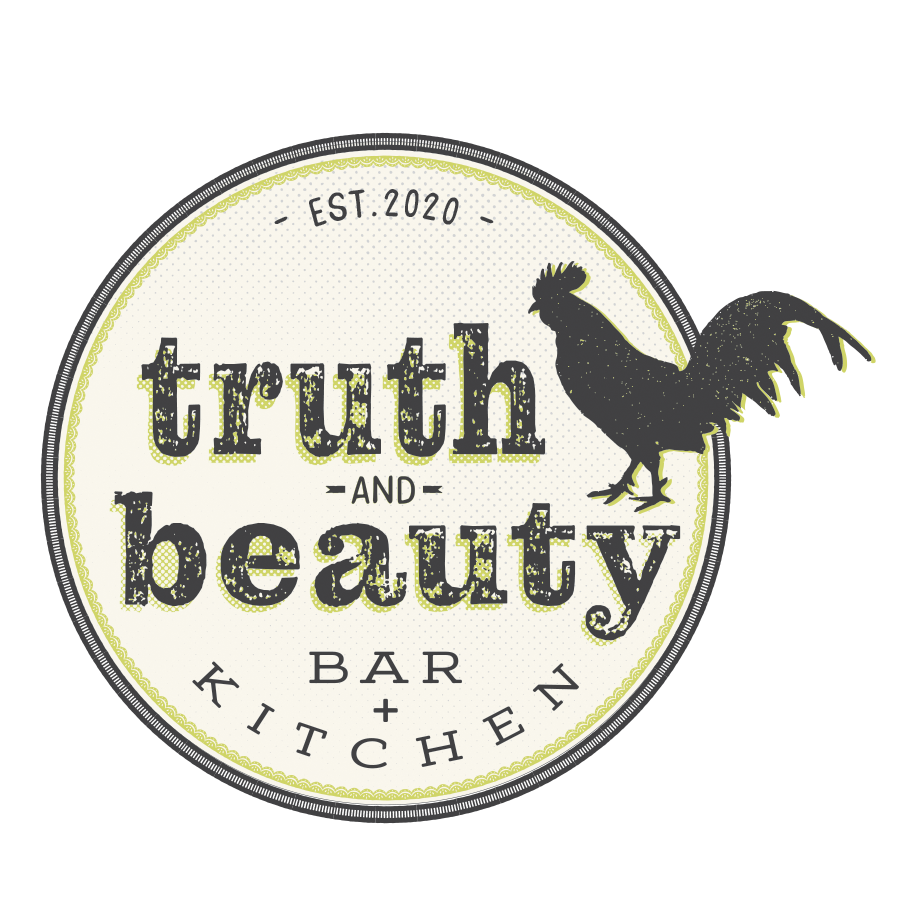 This is my second project with one of my favorite clients, Doug Vaira. We previously worked together on the visual identity for his earlier eateries, Dish and Domestic. Doug and I really click and we have reached a point where little communication or guidance is needed. I understand his preferences and he, my aesthetics.

Once the dust had begun to settle following the outbreak of COVID-19, Doug approached me about a new enterprise. He was seeking to use this opportunity as a fresh start in a new location. Having previously run a couple different concepts in the panhandle of West Virginia, Doug was hoping to try his luck with a different crowd. He set his sights on Frederick, Maryland, which is an up and coming destination for dining and recreation. Frederick was already the home of Top Chef finalist Bryan Voltaggio and many other reputable chefs and kitchens.

Doug had presented me with the name and an ideal. "Laid-back, perhaps with a tinge of SoCal vibe, creative American flair", he proposed. I knew the culinary concept from working with him on the previous projects. Doug's mission was to provide creative, fresh twists on familiar American fare. He's focused on doing so with the freshest ingredients possible, working in conjunction with local farmers. Here is a pdf of the original creative brief that was submitted 10/17:Here

Although Doug and I were very familiar with each other as working partners, this project definitely presented me with some problems. My first hurdle was the name itself. Originally pitched as "Truth & Beauty", I had difficulty visualizing the name as a restaurant. How could I manipulate those vague terms to signify food and dining? I focused on how those two words represent Doug's plates. Simple, artisan and gorgeous. I wanted to focus on deisgn elements that would mirror this concept. I chose hand-done elements and a distressed, vintage wood-cut tone. I wanted the logo to be modern, without being minimalist. We decided to add the tagline "Bar + Kitchen" to further reinforce the branding. Plates, cutlery and fauna had been involved in his previous brands, so I was carefull to avoid those. I also researched the existing competition in his area to make sure our brand would stand out amongst the crowd.

I had chosen my accompanying fonts in relation to the logo. Due to the restrictions on dining, I knew that the menu would be primarily accessed via the web. Doug was ultra-conscious of providing a clean and sanitary environment, so the decision was made to provide QR codes at the tables to save from passing around reusable printed menus. The typefaces chosen would have to be web friendly.

Doug changes his menus about four times a year to work with seasonal ingredients. I also provided wine, beer and cocktail menus: 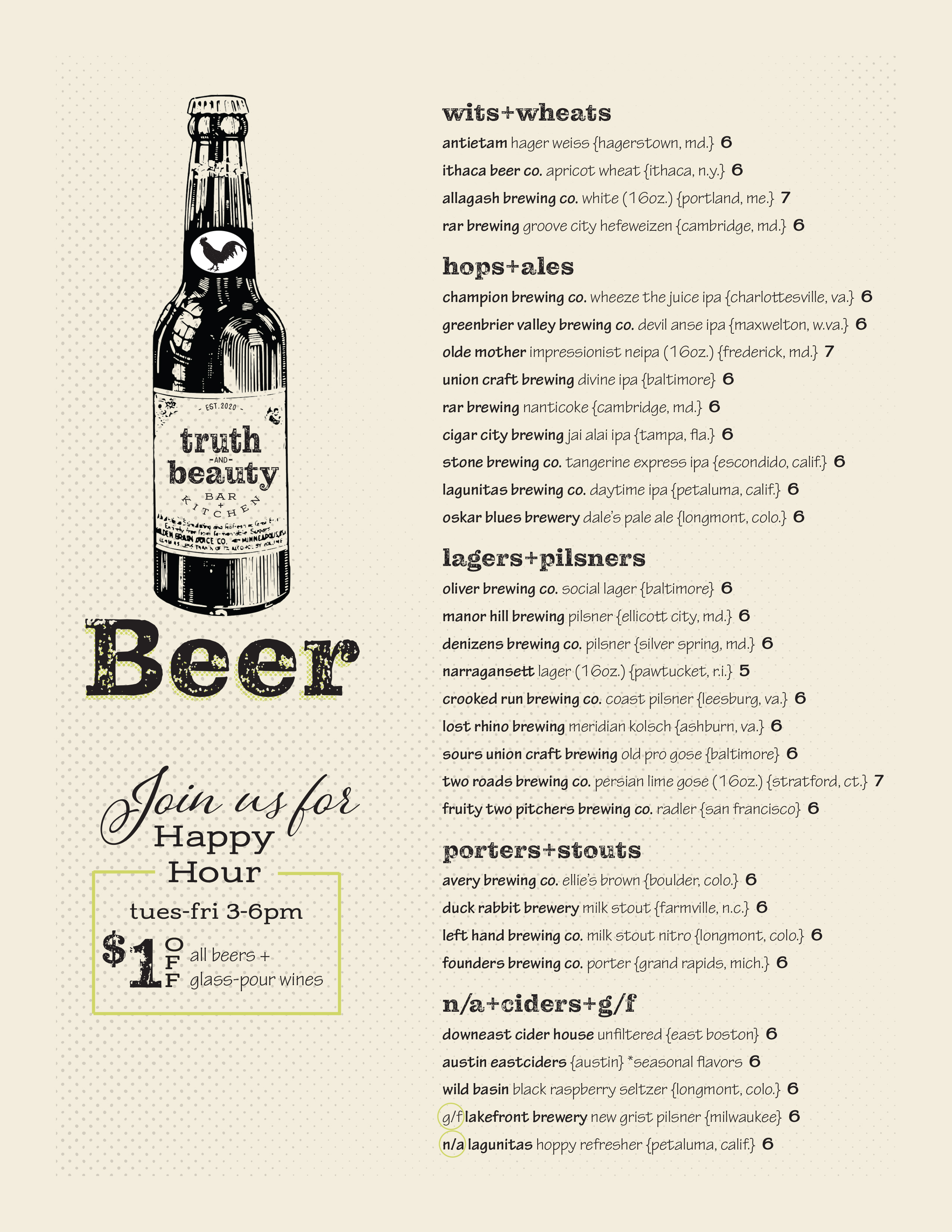 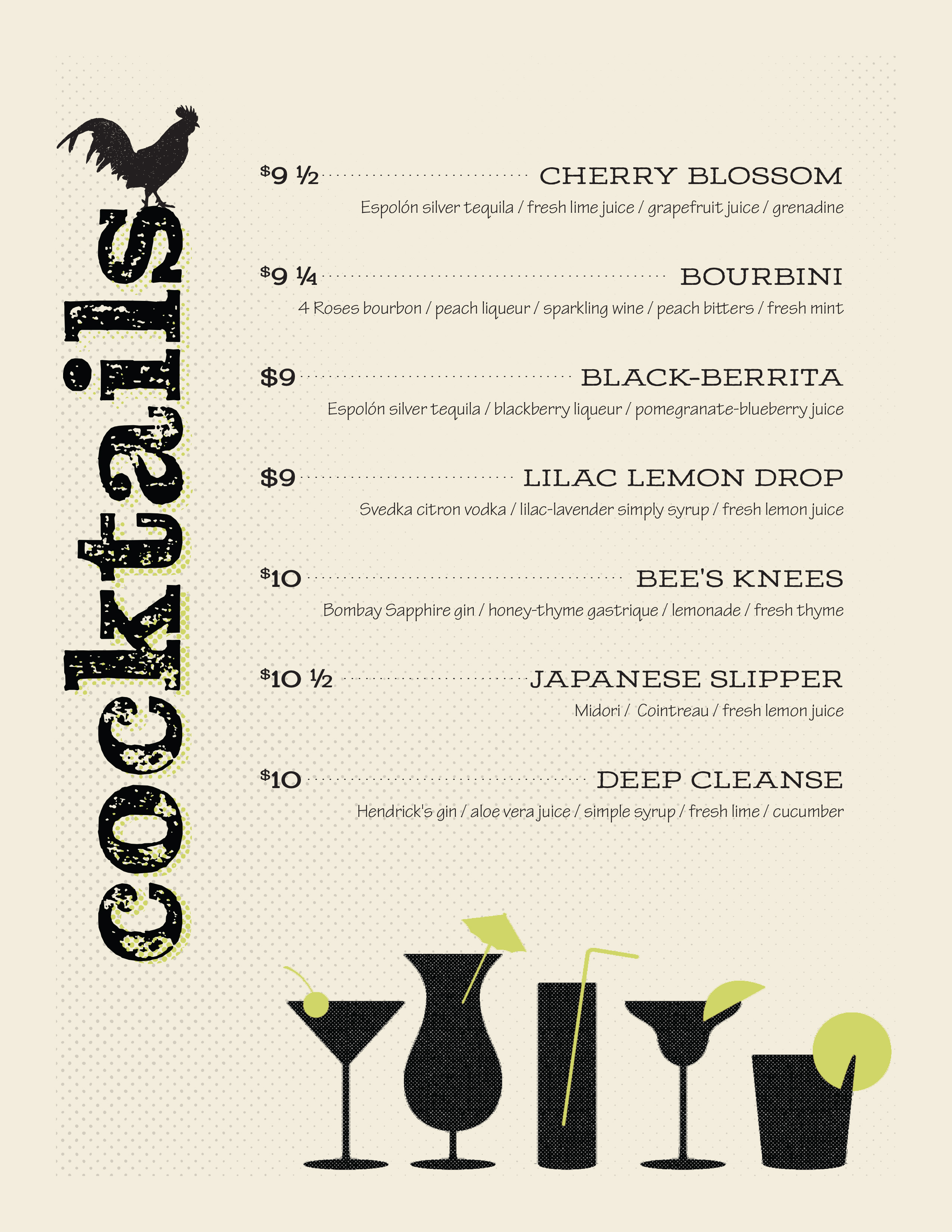 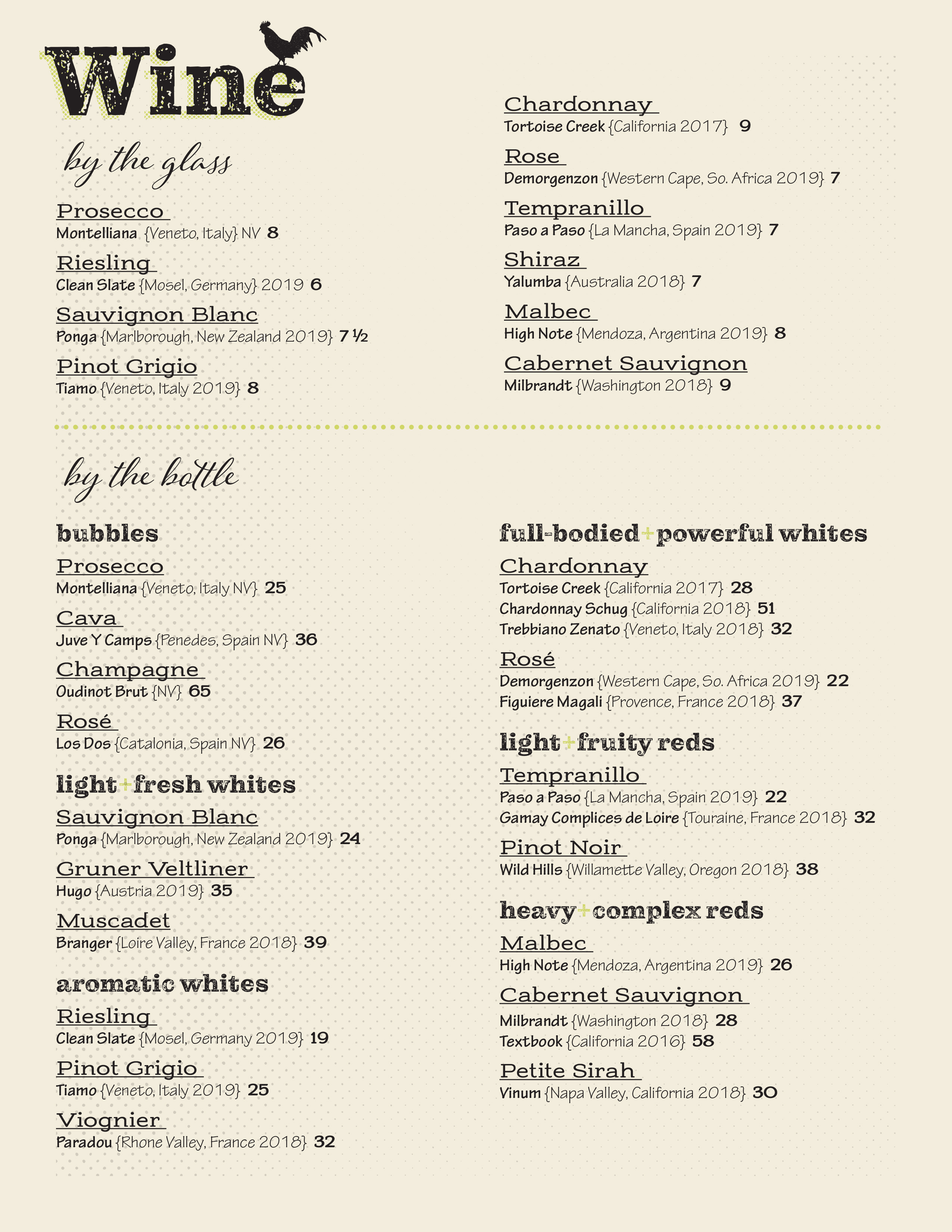 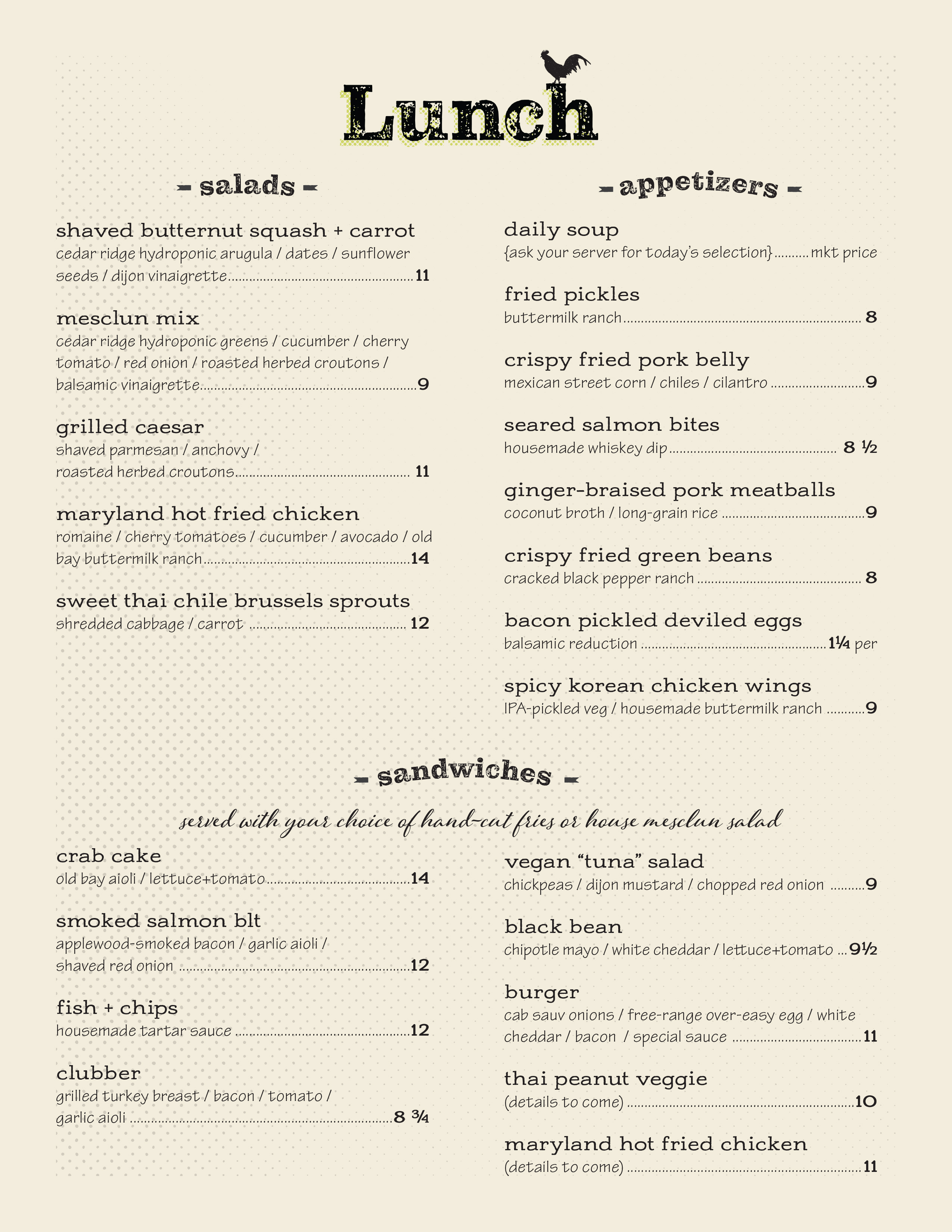 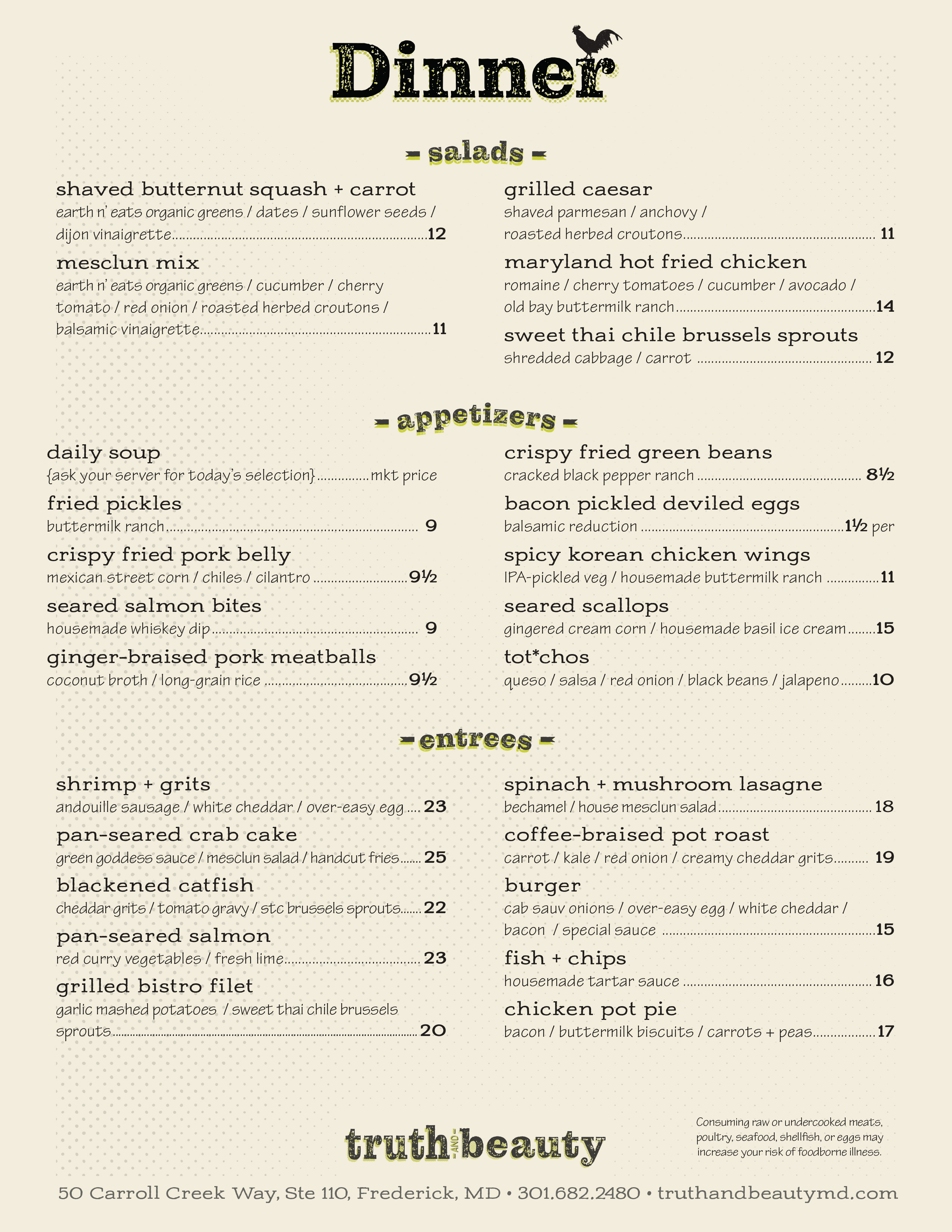 The website was created shortly after the logo was finalized. Originally just a landing page, we began work on this knowing that the restaurant would not open it's doors for another month or two. We knew that with the signage up on the physical location that curiosity would be peaked, so it was paramount to establish a web presence.

With so many things being in flux, we focused on presenting the menus on the site. As the world began to return to normal, we slowly peppered in more items like live events calendar and social media.

Check out the site: 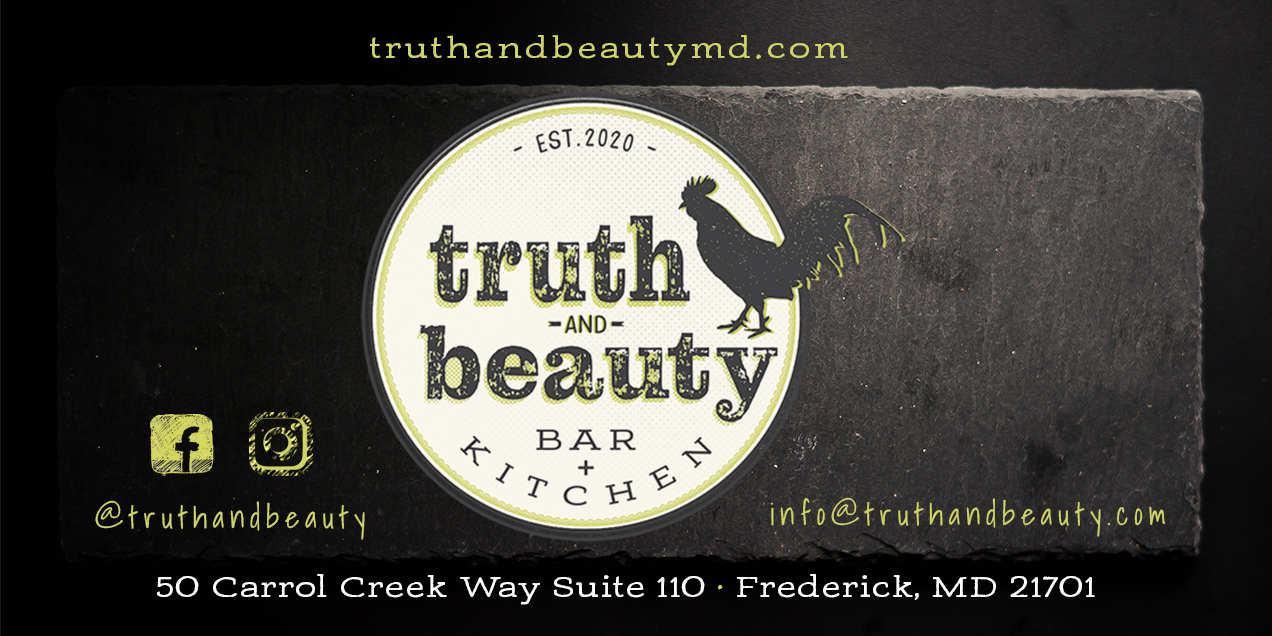 It is was vital to get the word out about the opening and inform the public about the mission and identity of this new entry to the casual dining sector. Doug was aggressive with promoting social media and utilizing local papers. 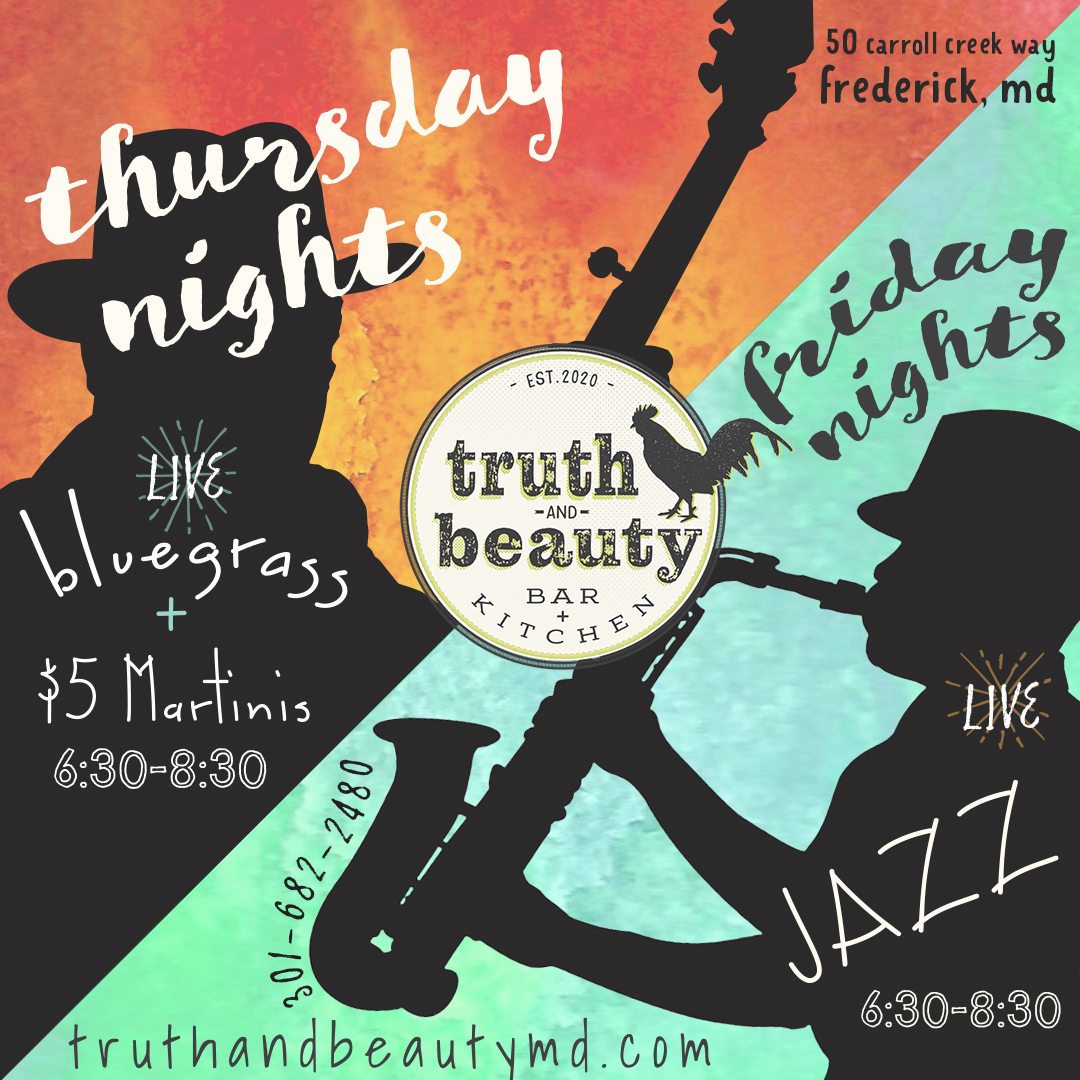 Here are some other items created to promote specials and happenings. 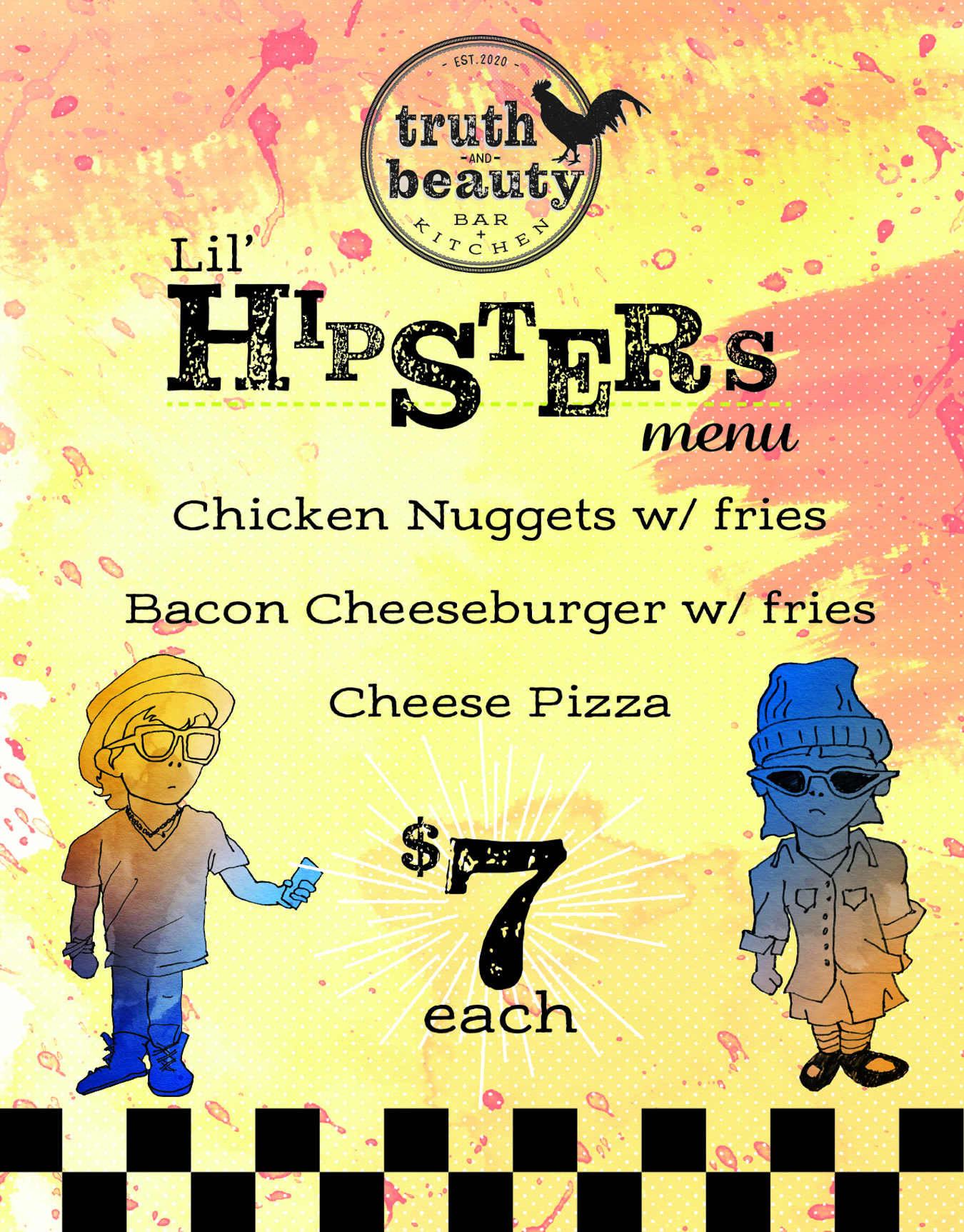 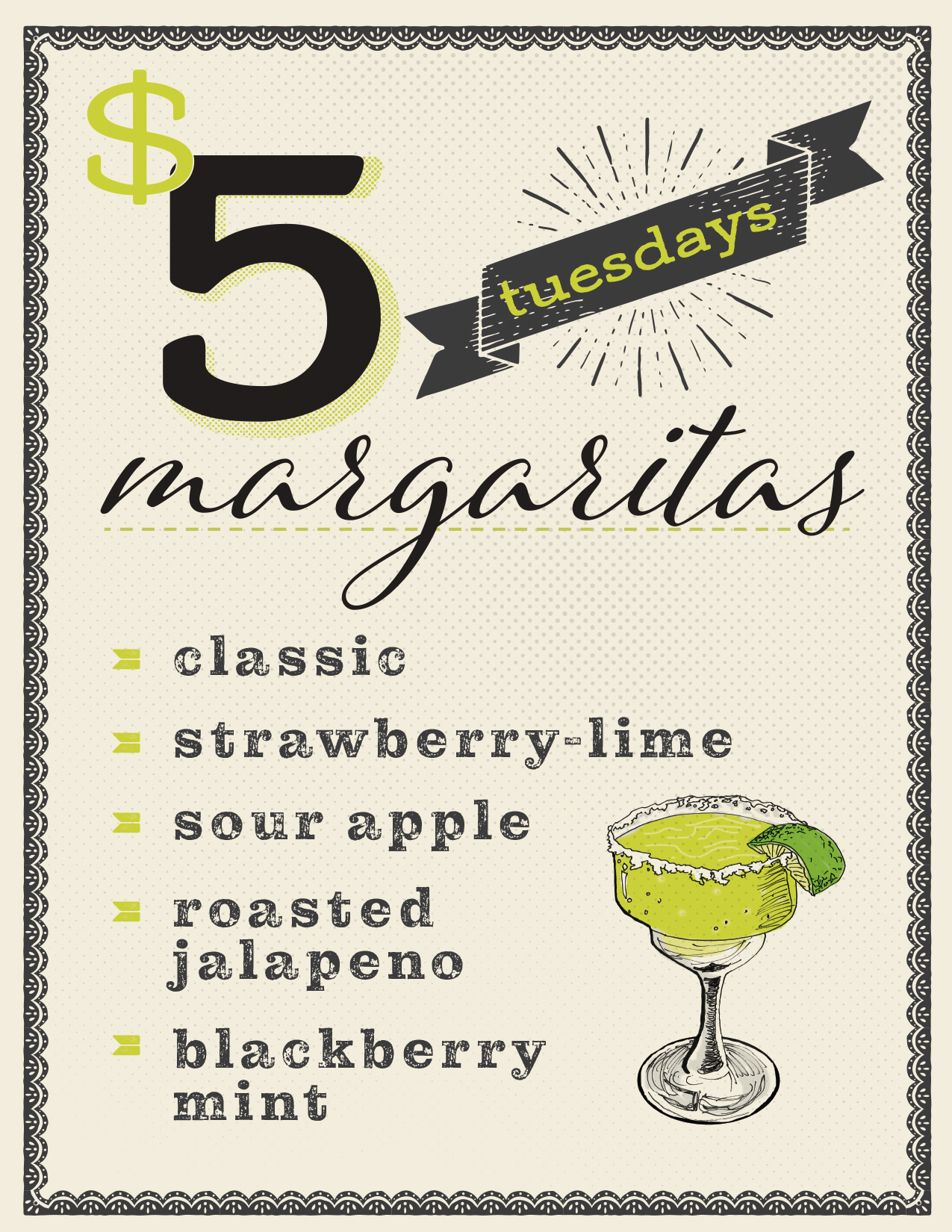 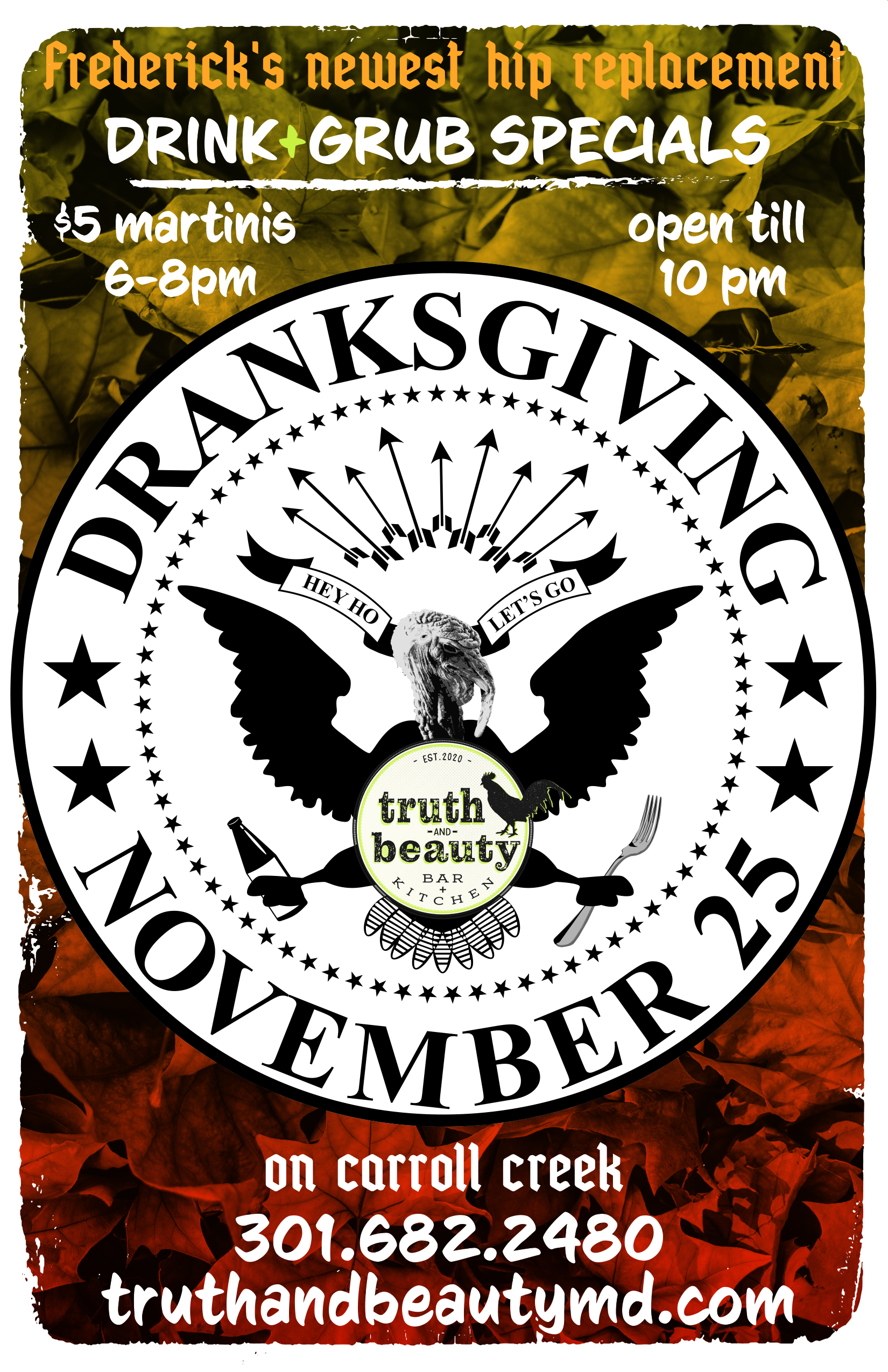 So, we are only six months into this new venture and I am pumped about the direction and the feedback that has poured in. I have made new contacts and clients from people who have enjoyed my work here. I am optimistic about dining making a strong comeback in 2021 and I hope to be there every step along the way.